The following is the September/October 2017 issue of research reviews for pediatric and school-based SLPs, written by Meredith Harold, PhD, CCC-SLP. Each month, Dr. Harold accesses 34 journals with the highest impact ratings for the area (Thompson-Reuters, SCImago, and h5-index). Articles that are (a) relevant to pediatric and school-based SLPs' daily practice, and (b) draw from strong evidence, are included in the monthly review. The research reviews highlight the most important clinical findings, then indicate additional resources to be found in the full article. These reviews are meant to be brief, informative, and—most importantly—keep you up-to-date on evidence-based practice.

After this course readers will be able to:

Wouldn’t it be great if there was some sort of fancy biofeedback device that could be used for the treatment of articulation disorders? There is! One example is electropalatography (EPG) devices like the SmartPalate (http://completespeech.com/smartpalate/), now commercially available, increasingly affordable by clinics and school districts, and marketed for the correction of speech sound errors (/r/ in particular).

But, do we have evidence to support that EPG devices work for speech? That’s exactly what Hitchcock et al. (2017) attempt to tackle. Five elementary-aged children—all with very low accuracy for /r/, four previously treated for /r/ and one with no treatment history—were provided twice-weekly EPG therapy sessions for two months, using SmartPalate. At the end of treatment, all of the children made some gains with /r/, but it was quite variable, with only some of the children generalizing what they had learned to untreated /r/ targets.

So, what do we do with this information? Well, the good news is that we know it can work for some kids! The bad news is this study is very small, and represents only the beginning of the type of data that needs to be collected in order to make truly informed decisions about the need for such technology. We have no idea how EPG biofeedback fares compared to other types of biofeedback, including ultrasound biofeedback as described by Preston, Brick and Landi in their article, "Ultrasound Biofeedback Treatment for Persisting CAS" (2013) and Byun & Hitchcock in their article, "Investigating the Use of Traditional and Spectral Biofeedback Approaches to Intervention for /r/ Misarticulation" (2012) as well as visual–acoustic biofeedback (seeing visual representations of acoustic features, e.g. on a computer screen). And, realistically, what is best may vary per child characteristics and treatment target—that is, acoustic biofeedback versus tongue shape biofeedback (as in ultrasound) versus tongue-to-palate contact information (as in EPG) could all be more or less ideal depending on what speech sound you are working on. For example, with EPG treatment of /r/, the child is getting feedback about lateral bracing only (what’s lateral bracing? Read "Speech-Language Pathologists' Knowledge of Tongue/Palate Contact for Consonant" (Sharynne Mcleod, 2011; http://www.tandfonline.com/doi/abs/10.3109/02699206.2011.620678?journalCode=iclp20&). However, “…articulatory imaging has shown that speakers produce English rhotics using a variety of different tongue shapes…”

We all know that not all screening and evaluation instruments “work” the same for all children (well, maybe not… but we’re at least figuring that out, slowly but surely…). Moody et al. provide us with yet another example, in the screening of young children with autism (ASD).

They examined the Social Communication Questionnaire (SCQ) and Social Responsiveness Scales (SRS) questionnaires across thousands of children, and found that lower maternal education and household income predicted a greater likelihood of the test incorrectly identifying the child as one who may have autism, in both screeners. Also, in children with developmental and behavioral challenges, the researchers found that the screeners picked up on these things, but couldn’t reliably separate them from characteristics of ASD, thus also over-identifying these children. The researchers emphasize that their results do not mean that the SRS and SCQ shouldn’t be used; rather, at this time, clinicians must simply must be aware of which child characteristics are most likely to make certain screeners under-perform. They suggest a “… need to refine existing measures or develop new instruments to ensure they perform well across groups.”

Predictors of Social Success in Children with Autism

“There is a common misconception that all children with ASD experience negative social outcomes and require intense intervention supports in schools. While this may be true for many children with ASD, there are others who are well liked and socially connected.” (Locke et al., 2017)

Many children with autism experience social successes. Why is that? What is it about these kids, about what they’re doing or the environment they’re in, that makes them successful?

First, the authors of this study had to define success. So, what’s a “socially successful” kid? They chose to define it as one who:

Working with that definition, they looked at 148 kids with autism, ages 5–12, who spent at least half their day in a general education environment. Some things they found:

So the biggest take-homes for SLPs may be to note that many children with autism do have plenty of social success. Not all kids with autism need social support or goals!  Also, older elementary children tend to have less social success than the younger children. This doesn’t exactly tell us what to do with intervention, though. Does knowing that kids tend to have more social difficulties as they get older mean we should treat early to prevent it, or later when it’s really needed? Who knows... but we certainly shouldn't expect to "graduate" kids from their social goals as they age. Unfortunately, the social landscape changes substantially from early to late elementary ages.

What do the authors suggest we do? Again, this isn’t a treatment article, so nothing on treatment can be concluded from this study. But they do point to some options, such as intervention studies on SLPs putting together clubs and social groups (e.g. Kasari et al., 2016).

Note: This article did not appear in one of our regularly-covered journals, but one “outside” of our field.

This study compared 19 preschoolers with hearing loss (who used amplification and spoken language) to 14 hearing preschoolers, with the goal of measuring “…change across a 6-month period in emergent literacy skills…”.

The researchers identified a myriad of language, phonological, and print knowledge skill gaps for the preschoolers with hearing loss compared to hearing peers (exception: letter name/sound knowledge… yay alphabet time). However, the growth rate of these skills was similar between groups (e.g. morphosyntax and vocabulary grew at the same rate for both groups). The authors state, “Although children with hearing loss generally demonstrated positive change in emergent literacy skills, their initial performance was lower than that of children with normal hearing, and rates of change were not sufficient to catch up to their peers over time.” Note also that all the kids with hearing loss were receiving speech­–language services—meaning, our business-as-usual may not quite be enough to close the literacy gap for children with hearing loss.

Importantly, this study shows us which of the skills are most likely to be problematic in preschoolers with hearing loss— that is, phonological awareness and print concepts (as tested in the Preschool Print and Word Awareness Test). The authors suggest, “Treatment plans should be developed with these particular difficulties in mind, devoting sufficient resources to scaffold these skills in particular.” And this statement is based on not only their study results, but previous studies as well (see article for review). Nonetheless, this isn’t a treatment study. And we definitely need more treatment studies in order to truly guide us in what needs to be done for preschoolers with hearing loss in order to efficiently close the literacy gap.

It seems like SLPs generally know what to treat—you treat what’s missing from a child’s speech–language inventory, right? (Well, mostly. Kind of.) However, knowing how to treat is much more challenging. In fact, maybe you haven't even thought of this much yet! This study considers just that, in the context of grammatical intervention for children with developmental language disorder (DLD).

Specifically: How Does Our Response to (or Correction of) Grammatical Errors Impact Learning?

Each of these two feedback options were provided by trained SLPs and/or teachers, to five-year-olds with DLD, within a small group setting. After 8 weeks of therapy the winner was……… cueing!

Now, this lends some support to using cueing. But, does it mean we shouldn’t be using recasting? No. We can’t conclude that recasting is ineffective, because other studies have shown that it works within some treatment protocols. Based on the differences between this and other studies’ treatment design, the authors predict, “… recasting treatment may be effective over longer treatment periods.”

So what about cueing made it effective? It provided the student with clearer distinctions between the correct and incorrect form, more attention to correction of these errors, and required production of the correct form. And any or all of these features may contribute to the positive effect. 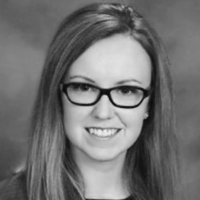 Dr. Harold, author of  The Informed SLP, is a Speech–Language Pathologist and Assistant Professor of Communication Sciences and Disorders at Rockhurst University. Her clinical work and scholarship focus on pediatric speech–language development and disorders.

1 https://www.speechpathology.com/slp-ceus/course/apparently-this-not-going-well-9726 ApPARENTly This Is Not Going Well: Difficult Conversations with Parents This course explores emotional intelligence (EQ) and how to "plug in" and use it in situations that go awry with parents of clients. Specific strategies for handling difficult situations and de-escalating arguments are discussed. auditory, textual, visual

ApPARENTly This Is Not Going Well: Difficult Conversations with Parents

5 9091
9091 Reviews
AG Bell - LSLS/1.0 Domain 5, CE-SPC-21-3322; ASHA/0.1 Intermediate, Professional; IACET/0.1; Kansas LTS-S1370/1.0; SAC/1.0
View CEUs/Hours Offered
This course explores emotional intelligence (EQ) and how to "plug in" and use it in situations that go awry with parents of clients. Specific strategies for handling difficult situations and de-escalating arguments are discussed.
Course Details
2 https://www.speechpathology.com/slp-ceus/course/understanding-and-treating-echolalia-when-10261 Understanding and Treating Echolalia: When "You" Means "I" Echolalic speech can reflect a Gestalt learning style that often accompanies hyperlexia and reading comprehension difficulties. This course provides an explanation of echolalia based on this framework, and describes related characteristics common in children with autism. Intervention strategies related to language, literacy, and socialization are also discussed. auditory, textual, visual

Understanding and Treating Echolalia: When "You" Means "I"

Supporting Children of Poverty: Special Considerations for the School-Based SLP

5 4182
4182 Reviews
AG Bell - LSLS/1.0 Domain 8, Domain 9, CE-SPC-18-322; ASHA/0.1 Introductory, Professional; IACET/0.1; IBCCES/1.0; Kansas LTS-S1370/1.0; SAC/1.0
View CEUs/Hours Offered
This course will provide SLPs with a critically important view of how and why poverty has a tremendous impact on both language learning and academic success. Key strategies for working with school teams and conducting therapy will also be shared.
Course Details
5 https://www.speechpathology.com/slp-ceus/course/developing-authors-designing-opportunities-in-9787 Developing Authors: Designing Opportunities in AAC Using the Science of Writing This is Part 1 of the 5-part series, Applying the Science of Reading, Writing, and Oral Language for Students Who Use AAC. The ability to write has enormous power, especially for a student who uses augmentative/alternative communication (AAC). This course describes how students who use AAC can become authors when systematic, sequential and explicit instruction is anchored in the science of writing, and discusses the components and benefits of this type of reading/writing curriculum. auditory, textual, visual

5 1015
1015 Reviews
ASHA/0.1 Advanced, Professional; IACET/0.1; Kansas LTS-S1370/1.0; RESNA/0.1 Advanced; SAC/1.0
View CEUs/Hours Offered
This is Part 1 of the 5-part series, Applying the Science of Reading, Writing, and Oral Language for Students Who Use AAC. The ability to write has enormous power, especially for a student who uses augmentative/alternative communication (AAC). This course describes how students who use AAC can become authors when systematic, sequential and explicit instruction is anchored in the science of writing, and discusses the components and benefits of this type of reading/writing curriculum.
Course Details