Leadership and the Art of Influencing Others, presented in partnership with Cincinnati Children's

Leadership and the Art of Influencing Others, presented in partnership with Cincinnati Children's

This text-based course is a transcript of the webinar, Leadership and the Art of Influencing Others, presented by Ann Kummer, PhD, CCC-SLP. This course is presented in partnership with Cincinnati Children's Hospital.

After this course, readers will be able to:

Thank you for joining me in this discussion of Leadership and the Art of Influencing Others. Some of you may know me from my work with cleft palate and craniofacial anomalies. That's definitely my clinical passion, but I also have a passion about the topic of leadership and influence. It started when I got my first true leadership position at Cincinnati Children's Hospital Medical Center. When I arrived here about 40 years ago, soon after that I became the coordinator for speech language pathology. And then after that I became a clinical director. I am now a senior clinical director.

Back in the 1980s when I was working on my PhD, I was given the opportunity to take some courses as electives. One course that I took was called Leadership, which I thought was going to be a semi interesting course. Honestly, it was one of the most fascinating courses I've ever taken. You know sometimes when you are in a class and someone says something and you have this major “aha” moment. I felt like I had a lot of those “aha” moments in this leadership class. I learned a lot that has positively impacted my ability to lead others in my job. Additionally, it has affected the way that I interact with people in many other situations.

I believe that being able to influence others is a valuable skill. During this course, we will review definitions of key concepts, such as influence, power, leader and leadership, and discuss how these four concepts interact. Next, we will learn about the sources of influence and power, characteristics of effective leaders, and how to build effective sources of power. We will talk about balance in a relationship. Finally, we will discuss keys to negotiations, and getting what you want while helping others to get what they want.

Let's define the following terms, which are all very much interrelated: influence, power, leader and leadership.

The following are all definitions of the word influence:

Influence is considered to be morally neutral. It can be used in a positive way, or in a negative way, but it always involves a relationship and the result of that relationship. Obviously, influence is important for organizations because it helps to get employees to create behaviors to achieve the vision and the goals. Leaders can't achieve a vision and goals on their own. They have to work through others; to work through others, they have to be able to influence others to behave or act in a certain way.

Influence is important to those in the healthcare environment, because it helps to create patient and family compliance to recommendations. I would argue that in speech-language pathology, one of the hardest things that we have to do is achieve carry over. Sometimes when we work with a child or an adult, they can produce the skill that we are training them to do, but they don't use the skill. Why is it that they don't use the skill? It comes down to motor learning. They don't practice the skill. We can teach a skill, but in order for it to become automatic, and for the person to use that skill without conscious thought, they must continually practice that skill. In order for us to be successful in our job as SLPs, we have to influence the patients or the students, and their families. We have to convince them that practice is important. We need to have skills to make them understand, and buy into the fact that practice is going to be essential. That takes influence.

Influence is not a new term. In fact, the importance of influence was recognized in 1936 when Dale Carnegie first published his book titled “How to Win Friends and Influence People.” Interestingly, that was one of the first best-selling self-help books ever published. It sold over 30 million copies worldwide in its first printing. In 2011, it was ranked number 19 on Time Magazine's list of the 100 most influential books. 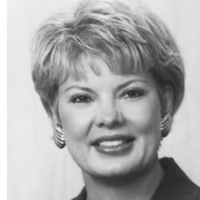 Ann W. Kummer, PhD, CCC-SLP is Senior Director of the Division of Speech-Language Pathology at Cincinnati Children's and Professor of Clinical Pediatrics and Professor of Otolaryngology at the University of Cincinnati, College of Medicine. Under her direction, the speech-language pathology program at Cincinnati Children’s has become the largest pediatric program in the nation and one of the most respected. Dr. Kummer has written numerous articles and book chapters on business practices, and also on cleft palate and craniofacial anomalies. She contributed to the text entitled Business Practices: A Guide for Speech-Language Pathologists (ASHA, 2004). She is also the author of Cleft Palate and Craniofacial Anomalies: The Effects on Speech and Resonance, 3rd Edition (Cengage Learning, 2014). She has done numerous lectures and seminars nationally and internationally.

Dr. Kummer has received many honors, including: Honors of the Ohio Speech-Language-Hearing Association (OSLHA); the Outstanding Clinician Award from OSHLA; distinguished alumnus award from the College of Allied Health, University of Cincinnati; and she is a Fellow of ASHA. She was named one of the 10 Most Inspiring Women in Cincinnati in 2007.

1 https://www.speechpathology.com/slp-ceus/course/20q-evaluation-and-treatment-speech-8729 20Q: Evaluation and Treatment of Speech/Resonance Disorders and Velopharyngeal Dysfunction Children with speech and resonance disorders (hypernasality, hyponasality, and cul-de-sac resonance) and/or nasal emission present challenges for speech-language pathologists (SLPs) in all settings. This article will help participants to recognize resonance disorders and the characteristics of velopharyngeal dysfunction, and provide appropriate management. textual, visual

20Q: Evaluation and Treatment of Speech/Resonance Disorders and Velopharyngeal Dysfunction

ASHA/0.15 Intermediate, Professional; IACET/0.2; Kansas LTS-S1370/1.5; SAC/1.5
View CEUs/Hours Offered
Differentiating obligatory distortions from compensatory productions, sensory feedback techniques, and effective placement strategies for correction of speech sound errors (e.g., lateral lisp and distortion of /ɚ/ and /r/) are described in this course. Motor learning and motor memory principles are discussed as a framework for achieving carryover after sound acquisition has occurred.
Course Details
3 https://www.speechpathology.com/slp-ceus/course/causes-and-characteristics-resonance-disorders-7915 Causes and Characteristics of Resonance Disorders and Velopharyngeal Dysfunction, presented in partnership with Cincinnati Children's This is Part 1 of a two-part series. Children with resonance disorders (hypernasality, hyponasality and cul-de-sac resonance) or suspected velopharyngeal dysfunction present challenges for SLPs in all settings. This course is designed to provide information about the causes and characteristics of resonance disorders and velopharyngeal dysfunction so that these disorders can be recognized and appropriate treatment can be recommended. auditory, textual, visual

Causes and Characteristics of Resonance Disorders and Velopharyngeal Dysfunction, presented in partnership with Cincinnati Children's

Sustaining the Well-Being of Healthcare Workers During Coronavirus