'My child knew music before he knew words.'
Kim, mother of an 8 year-old boy with autism and profound hearing loss.

In 2007, the Center for Disease Control Prevention estimated that the prevalence of autism in the United States had risen to 1 in 150 children (Autism Society of America, 2008). Since boys are four times as likely to be diagnosed as girls, their incidence rate is an alarming 1 in 94 (Autism Society of America). This makes autism the fastest growing diagnosis in the United States, more than AIDS, diabetes, and cancer combined (Autism Speaks, 2008). The cause(s) of autism are still elusive, but environmental as well as genetic factors appear to contribute to its increasing occurrence (Autism Society of America). This crisis has focused national attention on the monetary, as well as personal costs, to the families of these children. And the race is on to find the treatments that yield the best outcomes. One of the positive predictors of social and intellectual development in children with autism is the acquisition of functional language by five years of age (Thaut, 1999). In this author's experience, music therapy is an intervention that can increase communicative behaviors in young children with autism. This article will briefly define autism, explain the effectiveness of music as a therapeutic tool with autistic children, look at the connection between music and language, and finally, provide examples of music therapy in action and ways to incorporate it into speech-language intervention sessions.

Autism is a complex, neurologically based developmental disorder (Autism Speaks, 2008). It is often referred to as a Pervasive Developmental Disorder (PDD) because delays in certain areas of functioning impact growth in other areas of development. It is a lifelong condition for which there is no known cause, protection, cure, or completely reliable treatment. However, early intervention can have a positive impact on an individual's ability to maximize the effectiveness of existing treatments (Autism Speaks). Autism is also frequently referred to as a spectrum disorder (ASD), meaning that there are many levels of developmental delay ranging anywhere from very mild to profoundly severe (Berger, 2002). On one end of the spectrum is the high-functioning, communicative individual, on the other, the minimally functional, nonverbal individual with severe developmental disabilities.

Some of the hallmarks of the disorder include:

Children with an ASD may demonstrate some or all of these traits and to varying degrees.

Music and Children with Autism

When autism was first observed and defined by Leo Kanner in 1943, he noted a particular precocious musical orientation in the young boys he studied. At the age of one year, one boy "could hum and sing many tunes accurately" (Kanner, 1943, p.1). From a review of the literature regarding music and children with autism, Thaut concluded that:

As these conclusions suggest, music is an effective therapeutic tool to use in treatment of the child with ASD. 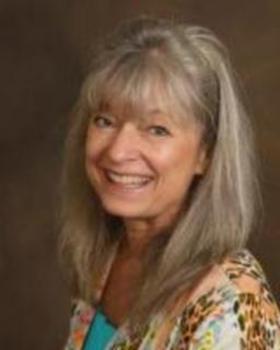 1 https://www.speechpathology.com/slp-ceus/course/understanding-and-treating-echolalia-when-10261 Understanding and Treating Echolalia: When "You" Means "I" Echolalic speech can reflect a Gestalt learning style that often accompanies hyperlexia and reading comprehension difficulties. This course provides an explanation of echolalia based on this framework, and describes related characteristics common in children with autism. Intervention strategies related to language, literacy, and socialization are also discussed. auditory, textual, visual

Understanding and Treating Echolalia: When "You" Means "I"

5 3511
3511 Reviews
ASHA/0.1 Intermediate, Professional; IACET/0.1; IBCCES/1.0; Kansas LTS-S1370/1.0; SAC/1.0
View CEUs/Hours Offered
Echolalic speech can reflect a Gestalt learning style that often accompanies hyperlexia and reading comprehension difficulties. This course provides an explanation of echolalia based on this framework, and describes related characteristics common in children with autism. Intervention strategies related to language, literacy, and socialization are also discussed.
Course Details
2 https://www.speechpathology.com/slp-ceus/course/regulation-and-its-impact-on-10286 Regulation and Its Impact on Speech and Language Skills of Children, Part 2 This is Part 2 of a two-part series. Speech-language pathologists see children with a variety of communication disorders, often with co-morbid issues such as sensory processing disorder (SPD) and regulatory challenges. The impact of SPD and regulatory difficulties on speech/language skills is discussed, and strategies that support each sensory system in order to coregulate with children during therapy are provided. auditory, textual, visual

Regulation and Its Impact on Speech and Language Skills of Children, Part 2

Autism Outreach Podcast: Where to Start with Communication Intervention with Early Learners

4 2844
2844 Reviews
ASHA/0.05 Introductory, Professional; IACET/0.1; IBCCES/0.5; Kansas LTS-S1370/0.5; RESNA/0.05 Introductory; SAC/0.5
View CEUs/Hours Offered
In this podcast, PECS (Picture Exchange Communication System) is discussed as a viable option for students who are not yet speaking, and the importance of communication initiation and early target vocabulary selection is addressed. The transition from PECS to augmentative/alternative communication (AAC) or verbal speech is also reviewed.
Course Details