Children's Speech and Language in a Pluralistic Society: Application of the ICF

Children's Speech and Language in a Pluralistic Society: Application of the ICF

Editor’s note: This text-based course is a transcript of the webinar, Children's Speech and Language in a Pluralistic Society: Application of the ICF, presented by Karla N. Washington, PhD, CCC-SLP, S-LP(C).

After this course, participants will be able to:

I'd like to begin today by talking about the constructs of multibilingualism and multiculturalism. In 2001, the United Nations Educational Scientific and Cultural Organization (UNESCO) put forth their Universal Declaration on Cultural Diversity. One excerpt from this declaration is as follows: "Affirming that respect for the diversity of cultures, tolerance, dialogue and cooperation, in a climate of mutual trust and understanding are among the best guarantees for international peace and security." At an international level, it is important to have a respect and tolerance for cultural diversity, and an understanding for how to work with those who are culturally diverse.

On a more local level, within our own profession, the American Speech Language Hearing Association has recognized the need for understanding cultural diversity. ASHA has set forth an expectation for speech language pathologists and audiologists. They state:

"Speech-language pathologists and audiologists need to understand a cultural and linguistic influences on communication in order to:

If someone has a disorder, that difficulty would exist across all languages. A difference might be difficulty with learning a subsequent language, for example.

Throughout the world, there are almost 7,000 different languages. In fact, the majority of people speak a number of languages, rather than just a single language. I have been fortunate enough to be an invited member of the International Expert Panel on Multilingual Children's Speech (IEPMCS). One of our missions on this panel has been to create a position statement on multiculturalism, particularly for children with speech-sound disorders (McLeod, Verdon, Bowen and International Expert Panel on Multilingual Children's Speech, 2013). One of our tenets is that "individuals and societies benefit when children are supported to become competent communicators." We also believe that "most children learn to speak one, two, or multiple languages competently, however not all children learn to communicate effectively." Part of our job as SLPs and audiologists is to work with these children, to create and implement resources in order to support speech acquisition in multilingual children.

Increasingly, bilingualism is becoming the norm in the United States, rather than the exception. About 20% of Americans speak two or more languages (Grosjean, 2012). However, one discrepancy that exists is that only about 6% of speech-language pathologists identify themselves as being bilingual and comfortable with supporting accurate diagnostic decisions in cross-linguistic contexts (Ryan, 2013). In fact, in a study of 309 speech pathologists in the US, 48% of SLPs reported caseloads that included non-native speakers of English (Skahan, Watson& Lof, 2007). We need to somehow bridge the gap between the monolingual background of speech-language pathology and audiology, and the culturally and linguistically diverse background of our clientele.

There are six important considerations that we need to bear in mind with regard to a child who is multilingual:

According to the IEPMCS, "People who are multilingual are able to comprehend and/or produce two or more languages in oral, manual, or written form, with at least a basic level of function, proficiency or use, regardless of the age at which the languages were learned" (2012). In short, multilingualism can be considered to be the larger umbrella over bilingualism, as multilingualism involves the knowledge of two or more languages. Kohnert recently provided a definition that suggested that the bilingual individual is someone who can use two languages to successfully communicate on a daily basis. Keep those definitions in mind when you are considering both of these constructs.

There are several types of bilingualism:

For the purposes of today's presentation, I will focus on the last two types: simautaneous bilingualism and sequential bilingualism, as they are the most studied.

According to Dictionary.com, the word culture comes from the Latin "cultus" (meaning "care") and also from the French "colere" (meaning "to till", as in till the ground). Now, within the linguistic behavioral and psychological sciences, we use the word culture to describe "the shared, accumulated, and integrated set of learned beliefs, habits, attitudes and behaviors of a group or people or community" (Kohnert, 2008). A key point is that culture is shared; it has been agreed upon by the community that this is what the culture represents. That's why it's so variable, because different communities have different shared and integrated sets of learned beliefs.

Cultural competence is a different way of looking at culture. Cultural competence is something that typically a professional or an agency seeks to attain. It is defined as "a set of congruent behaviors, attitudes, and policies that come together in a system, agency or among professionals and enable that system, agency or those professions to work effectively in cross-cultural situations" (Cross et al., 1989). With that definition in mind, we recognize that as speech therapists who work with children, we want to be able to function in a way that provides equitable services to children, so that we're making appropriate decisions about a child's development, and that we're able to differentiate difference from disorder.

Being culturally competent requires us to be supportive of three ethical principles:

ASHA believes that speech language pathologists make important contributions to ensure that all students receive quality and culturally competent services. In addition, speech therapists have the training to be able to distinguish speech and language disorders from "something else". That something else might include cultural and linguistic differences, socio-economic factors, lack of adequate prior instruction, and also the process of acquiring the dialect of English that is used in schools. The language of the classroom is very different from the language of the home, even if English is spoken in both settings. With this expertise and our background, we can provide more accurate and appropriate identification of student needs. In order to support our expertise, we would want to build on our cultural competence.

On ASHA's website, they have provided a cultural competence checklist. This tool was developed to heighten our awareness about how we view our clients from culturally and linguistically diverse backgrounds. It's a way for us reflect on and become aware of our own perspectives, which in turn will help to build our own cultural competence. On www.ASHA.org, under the Practice Management tab, click the link under the Multicultural Resources sub-heading. You will then see a list of options and resources under the category Developing Cultural Competence.

Today, we are focusing primarily on cultural competency, which involves the acceptance and respect for differences. In order for us to become competent, we need to continually self-assess; using a checklist like the one provided by ASHA is helpful to see how we are progressing. Furthmore, cultural competence involves attention to the dynamics of differences, because the differences that we experience with children and their communication is a moving target. Ideally, we would eventually attain cultural proficiency. At this stage, we would engage in research and clinical practice to influences our approach to service provision, ultimately improving cultural relations between all parties: the child receiving the services, the family supporting the child receiving the services, and the clinician offering those services. 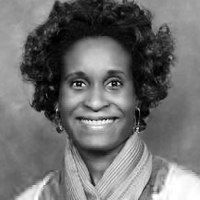 Karla Washington, PhD, is an Associate Professor at the University of Cincinnati, USA. She specializes in speech-language outcomes research for monolingual and multilingual preschoolers. She focuses on identifying ways that enhance speech-language outcomes in these populations, including development of tools and resources to support culturally-competent services. She uses the ICF framework to guide her clinical and research practices. She has received the ASHA-Multicultural Concerns Leading the Way Award of Recognition in Cultural Diversity Activities.

1 https://www.speechpathology.com/slp-ceus/course/standardized-assessment-limitations-part-1-10257 Standardized Assessment Limitations: Part 1 This is Part 1 of a two-part series. Specific features of assessment tools that facilitate accurate identification of disability, the limitations of standardized assessments for this purpose, and implications for determining eligibility under the Individuals with Disabilities Education Act (IDEA) are described in this course. auditory, textual, visual

Best Practice for Assessment and Treatment of Bilingual Aphasia

5 940
940 Reviews
ASHA/0.15 Intermediate, Professional; IACET/0.2; Kansas LTS-S1370/1.5; SAC/1.5
View CEUs/Hours Offered
This course focuses on best practice in the assessment and treatment of bilingual aphasia by speech-language pathologists. Recommended practices are contrasted against common mistakes made by clinicians working with bilingual patients with aphasia. Implementation of best practices are modeled through case studies.
Course Details
5 https://www.speechpathology.com/slp-ceus/course/u-s-healthcare-services-diverse-1033759 U.S. Healthcare Services & Diverse Populations This course provides information regarding some of the barriers that minorities face in the healthcare setting. It also discusses ideas for improving patient-centered care for diverse populations, and for supporting coworkers of diverse backgrounds. auditory, textual, visual