Is there research for older children (e.g.8-10 yrs. Old) for continuing to use picture drawing to help with story writing?

I'm not sure if there is research out there. I know that there is research in this area for adults with aphasia, but there is not a lot of research on writing in general. Although I am more familiar with the early writing research so I do think though that would be great research to investigate the use of drawing in story writing.

What I do notice in story writing is the tendency for teachers to want to take away picture drawing, especially by the time students reach second grade. Also, you see students at this age have these silent writing workshop periods where there is not much talking during the composing time. That kind of goes against what Ann Dyson found: children need to talk and interact to help develop their writing. Allowing students to draw pictures and talk assists them in continuing to develop their writing skills. However, when you go into a classroom oftentimes writing time is very silent and the teacher said there is no talking no drawing pictures. I find that very interesting that if we know that is what helps facilitate writing then why are we taking it away?

An area of research related to your question that is worth mentioning is the use of Wordless Picture books to facilitate writing.

Previous research has suggested that one way to investigate part of the oral language-written language relationship is to examine how children read or compose a story in response to a wordless storybook in order to gain insight into a child's narrative abilities (Purcell-Gates, 2001, Westby, 1999). The wordless picture book is defined as a storybook that has little to no written text and conveys its plot solely through visual images (Jalongo, Dragich, Conrad, & Zhang, 2002). Another component of the wordless picture book is that it allows open-ended interpretations with no outside author's voice to dictate how the story will go (Crawford & Hade, 2000). The child can actively construct the story in the way she wants.

A wordless picture book can be used as a tool to elicit narratives. There are three general types of elicited narratives: personal narratives, script narratives, and fictional narratives (Hughes, McGillivray, & Schmidek, 1997). A personal narrative consists of recounts and accounts. A recount is a story that relates a shared experience and it is usually prompted by another person (Heath, 1986). An account is when children spontaneously relate an experience without a prompt from another person (Heath, 1986). The script is like an account, however, it usually describes a familiar routine or situation (Engel, 1995). It is usually told in the present tense and contains the second person pronouns. Additionally, it contains simple connectors such as "and" or "and then" between actions or events.

The term literate language refers to the features that are characteristic of written language typically found in prose and poetry. Children who have the ability to use a literate language register will use these features in their oral language during fictional narrative tasks (Kadaverek & Sulzby, 2000). Literate language has been researched as the important link in the shared components of oral language and reading (Purcell-Gates, 1988, 1991, 1995; Westby, 1991). If this key overlap area can be further explored, then this may lead to a clearer picture of the shared roles between the SLP and other educators. According to research by Kadarevek & Sulzby (2000) the literate language features that are important distinguishing group factors are: character introduction; verb tense usage; reported speech (dialogue), and frequency and types of connectors used.

According to a thorough guidebook on procedures for assessing narrative language, there are two general approaches for analyzing fictional narratives: macrostructure analysis and microstructure analysis (Hughes, McGillivray, & Schmidek, 1997). Macrostructure refers to the global or general properties of the narrative. Microstructure refers to the local or specific properties of a narrative such as cohesive ties or sentence level grammar. There are three general ways to analyze the macrostructure of fictional narratives: Applebee's six stages (1978); Episodic analysis (Glenn & Stein, 1980), and High point analysis (Peterson & McCabe, 1984). According to Hughes, McGillivray, & Schmidek (1997), the episodic analysis approach is most widely used when analyzing fictional narratives because it provides a detailed mapping of the prototypical story grammar framework. They indicated, however, that the drawback to this approach is that some narratives are difficult to analyze if they lack certain elements but contain others. A mosaic of the story grammar could appear as a result which may not provide a clear picture of a child's narrative development. An alternative method of examining "story structure levels" was suggested by Hughes, McGillivray, & Schmidek, (1997). The story structure level method was developed by Stein (1988) and it allows the researcher to analyze narratives that may be incomplete or lacking information. This may be particularly important when working with younger children or children who have language delays/disorders. Additionally, the story structure levels lend themselves easily to analysis via a binary decision tree.

There are many ways to segment the utterances in the microstructure analysis, however, the three most commonly used methods will be reviewed here: communication units (CU), minimal terminable units (t-units) and propositions. A CU includes each independent clause with its modifiers (Loban, 1976). Similarly, a t-unit consists of the independent clause with all subordinate clauses attached to it and it is used more frequently with analyzing written narratives (Hunt, 1965). Although the c-unit has been used frequently in other narrative research, it can be a disadvantage because the researchers must collect at least 50 utterances as is the convention of c-unit analysis reliability (Roth, Speece, & Cooper, 1996). It can be challenging to obtain 50 utterances from some children due to young age or language delays/disabilities. Also, there is disagreement in the research literature about what constitutes an independent clause and a dependent or subordinate clause. This makes using CU and t-units challenging for inter-rater reliability (Hughes, McGillivray, & Schmidek, 1997).

Propositions have been an alternative method for analysis by other researchers (Johnston & Kamhi, 1992). Propositions are units of meaning rather than just form. Propositions are idea units composed of a judgment, or predicate, about one or more "objects" or "arguments." This allows the researcher to examine semantic complexity or rather, the number and types of ideas a child is able to compact into one sentence. The number and types of ideas have been described as linguistic operations (Kretschmer, 2001). There are 11 types of linguistic operations: possessive insertion, adjective embedding, ing participle, ed participle, noun-adjunct, coordination, subordination, relativization, complementation, deletion, and reduction. The proposition approximates a simple clause in that a two-clause sentence would be segmented into two propositions. Proposition analysis is appealing because it provides the researcher with specific semantic and syntactic analysis. One drawback of using the propositions, however, is that many speech language pathologists are unfamiliar with this type of segmenting (Hughes, McGillivray, & Schmidek, 1997). Again, this reinforces the problem of inter-rater reliability when scoring the narrative samples.

This Ask the Expert was taken from the course entitled: Early Writing Development: Exploring Beliefs, Assumptions, and Roles of the SLP

Visit the SpeechPathology.com eLearning Library to view all of our live, recorded, and text-based courses on a variety of topics.

Dr. Lara Wakefield, CCC-SLP, has 16 years of experience as a Speech-Language Pathologist. She has researched the roles of the Speech-Language Pathologists and Teachers in collaborative settings related to language and literacy for 13 years in several grant -funded projects. She has presented at state and national meetings for 13 years on these topics with a specific interest in writing development in children ages 2-7 years. 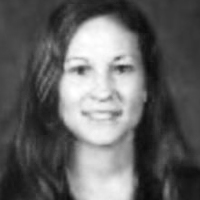 Affiliations include Wakefield Consultation Services, LLC, App Kickers Division. Currently, we are in process of developing a free app that will provide more extensive tutorials.