The Language of Reading & Spelling

For both spelling and reading, individuals use multiple processes. They rely upon phonological awareness and knowledge of orthography, vocabulary, and morphology and semantic relationships. Also, they rely upon mental orthographic images stored in their long-term memories.

The decoding process draws upon the phonological awareness skills of identifying, sequencing, and blending phonemes. To read an unfamiliar word, the reader converts the individual letters and letter patterns into their corresponding phonemes, holds the sequence of individual sounds in phonological working memory for the length of time it takes to sound out the complete word, and then blends those individual sounds into a complete word. As students gain repeated exposure to the orthographic printed word form and the corresponding phonological structure of words through sounding out and blending all the phonemes in the words, they can more easily read familiar and unfamiliar words and increase reading fluency. Reading comprehension improves because rapid and accurate decoding allows individuals to decrease their focus on the decoding process and increase their attention on the meaning of what they read.

Individuals also draw upon their orthographic knowledge during the encoding and decoding processes. When spelling, individuals rely upon their knowledge of sound-letter relationships and knowledge of letter patterns and conventional spelling rules to convert spoken language to written form. This orthographic knowledge includes recognizing letter-sound relationships (e.g., the /t/ sound can be represented by the letters ch, tch, t, ti, c); knowing which letter patterns are acceptable (e.g., the /t/ sound is almost always spelled with the letters ch at the beginning of a word; at the end of a word the /t/ sound is never spelled with the letters tch after a long vowel sound); and understanding sound, syllable, and word position constraints on spelling patterns (e.g., the /t/ sound at the beginning of a word is never spelled with the letters tch). These orthographic knowledge skills are important early in the encoding process and remain important throughout spelling development as individuals encounter new words.

When reading, individuals use orthographic knowledge of letter-sound correspondences to convert letters and letter patterns into individual speech sounds when decoding an unfamiliar word. For example, the reader relies upon her or his orthographic knowledge that the letter c is always pronounced as /s/ when followed by the vowel letters e, i, y to correctly sound out the first letter in the word city. 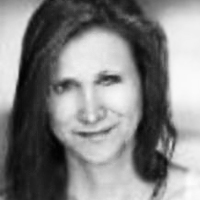