This course is for the SLP with limited background in head & neck cancer who needs to develop basic clinical management skills. The discussion focuses on medical/surgical treatments; anatomic changes; alterations of respiration, and speech and communication options. Understanding the functional consequences of larynx removal is emphasized.

No more reviews to load. 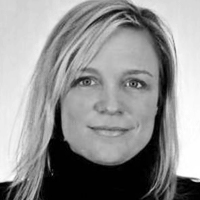 Meaghan Kane Benjamin, M.A., CCC-SLP received her B.A. in Speech and Hearing Sciences in 1993 from Montclair State University, New Jersey and M.A. in Speech-Language Pathology in 1995 from The Ohio State University, Columbus .  Meaghan is currently the Co-Director of the Education Division at Atos Medical Inc. Prior to joining Atos Medical in 2006, Meaghan worked at the University of San Francisco in the Otolaryngology Department under the mentorship of Carla Gress, PhD & Mark Singer, MD for close to 10 years.  In addition to her extensive clinical experience with TE voice restoration, Meaghan has directed and participated in numerous seminars and training related to head and neck cancer rehabilitation.    She has devoted her 19-year career to speech, swallowing and voice rehabilitation with particular interest in laryngectomee rehabilitation.

Handouts are available for this course.

Presenter Disclosure: Financial: Meaghan Kane-Benjamin is employed by Atos Medical, who manufactures/sells some of the products that will be discussed during this presentation. Nonfinancial: There are no nonfinancial relationships to disclose.

Sponsor Disclosure: This Course is presented by SpeechPathology.com.

Content Disclosure: This learning event does not focus exclusively on any specific product or service.

To ensure you are ready to participate, please complete our short Test Drive to prepare your computer to view the course.

Login and logout times will be recorded and documented.
Passing an online exam will be required to earn continuing education credit, where applicable.

Live Webinars allow presenter and participant interaction. The exam and course evaluation for these courses must be completed within 7 days of the event.

On-demand courses include texts, video and audio recordings of live webinars, and multimedia formats. The exam and course evaluation for on-demand courses must be completed within 30 days of course registration.

To participate in the course, complete the exam, and earn continuing education credit (where applicable), you must be a SpeechPathology.com member.

SpeechPathology.com is committed to providing equal opportunities in accordance with all applicable laws. If you are in need of a disability-related accommodation, please contact customerservice@speechpathology.com. We will review your request and respond in a timely manner. Please note that we will require a minimum of 2 weeks to provide a reasonable accommodation for your request.

Visit our Contact us page or give us a call if you have questions.